You always wanted to feel completely awkward about yourself, right?  This site has you covered.  HowHot.io has an app for that.  I originally heard about this from an article on Hello Giggles.  Three writers collaborated on their experiences with the app, and had some strange results.  On a scale of Hmm… to Godlike, how hot do you think you are?

Well, on days when I’m not trying to put in an effort to look nice, I don’t mind being “Hmm.”  I know I’m not conventionally beautiful, but I at least think I’m okay.  So what does the app think?  I started with the clearest picture I could find and opted for one without my glasses in case they got in the way.

Hmm… well, I mean it at least thinks I’m younger in this picture, and I admit my hair wasn’t even trying to be hair.  Alright, let’s try another.

Holy hell!  41 and hmm.  I knew the glasses were going to be a bad idea, but I really didn’t think this picture was that bad.  Try again? 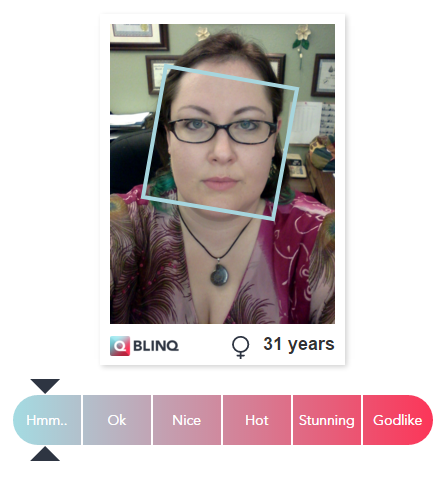 Wow…I…  This one is closer on age, but I can’t even get an okay?  I’m running out of pictures that I like, so I’ll try something that’s not really flattering, but at least looks like I put some effort in. 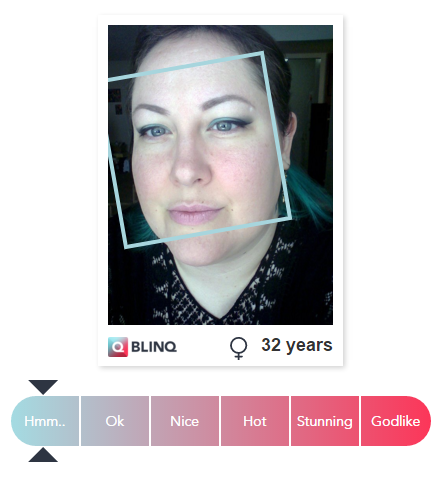 It’s getting the age pretty close, but damn.  What do you have to do to get an Ok on this thing?  I used one of the default photos from the website.

Really?  Screw you.  Like, screw you a lot.  For kicks, let’s see how it rates Trump. 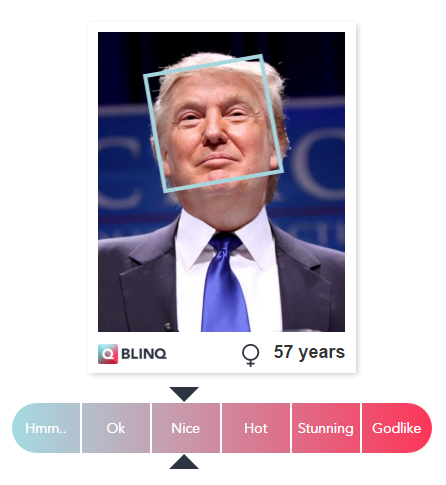 He’s a nice looking woman who looks more than a decade younger than her true age.  Now you’re just screwing with me.  Wait, I have an idea…

Have you tried the app?  How hot are you?